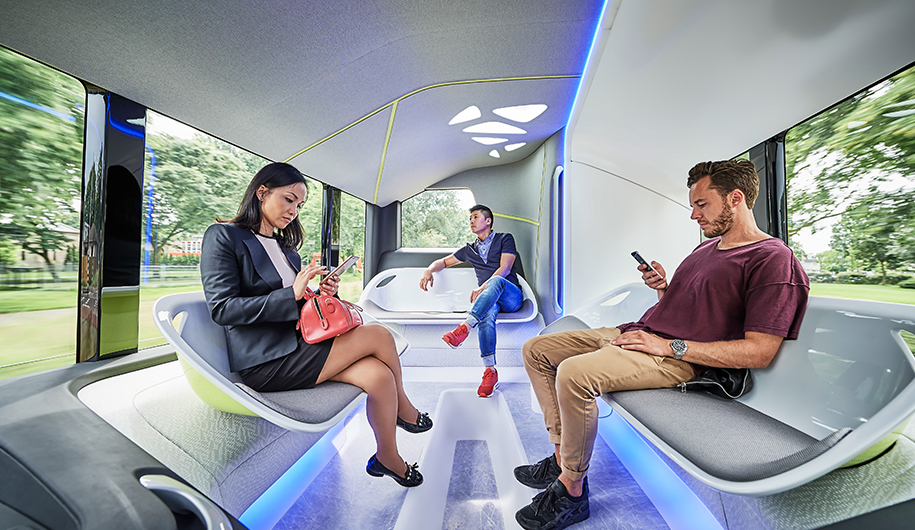 With 58 percent of all patents for technologies relating to self-driving cars, the German automotive industry has a significant lead over all other countries. Apple, Google and Tesla together only achieve seven percent of patent applications since 2010. This is the result of a study conducted by the Cologne Institute for Economic Research. It is interesting to note that many of the developments are not from car manufacturers themselves but from suppliers who are revealing themselves to be highly innovative. This puts companies such as Bosch, Continental and ZF in the happy position for their own profitability of also being able to equip cars from Google or Apple with their components.

However, this seems to have broken down the classic development path for a technical innovation which begins with it becoming established in top-of-the-range models, followed later by mass production in more attractively priced cars: “The development of a self-driving car may represent an attempt by newcomers to leapfrog the first development stages or to take over from suppliers – thereby bringing disruptive change to the competitive situation”, explains Hubertus Bardt, author of the study. “New competitors are pushing into the market and radically changing the rules.” Already only Audi is ahead of Google with 292 patent applications. Nevertheless, Bardt still judges the overall situation of the German car industry as positive since German manufacturers, in his opinion, occupy a strong position in the global market and are attuning themselves to the mobility revolution with various carsharing offers.

And acceptance of self-driving cars on German roads is also increasing. Individual stretches of the A2, A7 and A39 will be upgraded to test tracks in 2018. By extending a model experiment conducted by the German Aerospace Centre (DLR) in the urban traffic of Braunschweig, the motorways between Wolfsburg, Braunschweig, Salzgitter and Hannover are now to be equipped with transmitters, sensors and cameras. Sensors will also be permanently installed on the A9 between Nuremberg and Munich from 2017 onwards. “The A9 will become the first intelligent, fully digitized road”, explains Federal Transport Minister, Alexander Dobrindt. Together with its contractual partners, Siemens and Infineon, the Ministry is investing a sum in the millions.

The Consequences of Brexit for Formula 1

© Daimler AG       The consequences of Brexit for Formula 1 The referendum…

Charge the battery and take a rest

© Tank & Rast3rt Charge the battery and take a rest Fill up, go to…

Automechanika Frankfurt: 136,000 visitors from over 170 countries encountered a record 4,820 exhibitors.

And Need Our Help?