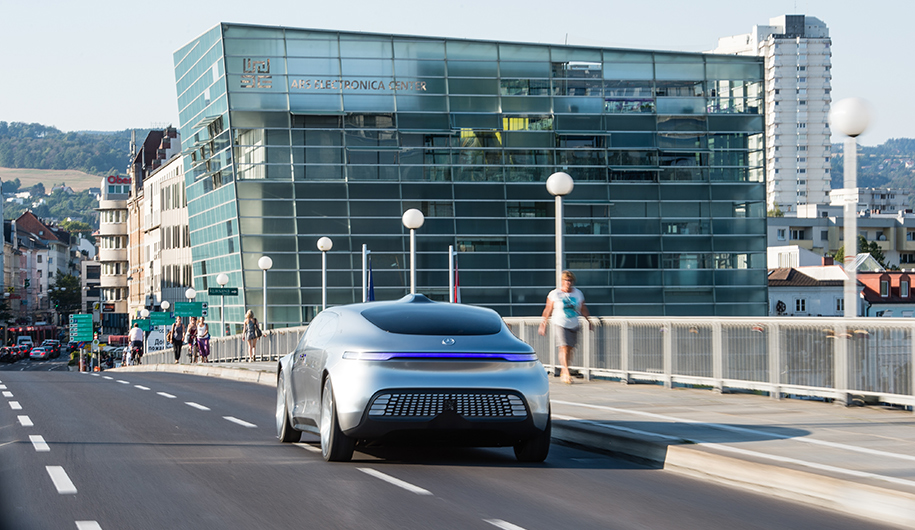 What many would think is a pipe dream, is already reality in the iron ore mines of Yandicoogina and Nammuldi in Western Australia: driverless dump trucks with a capacity of up to 360 tonnes are working round the clock with the aid of GPS tracking – with no sickness or fatigue. The trucks made by Komatsu are monitored in the control room of mining company Rio Tinto at a distance of 1,200 kilometres.

The automation of construction vehicles and doing without human drivers are also on the agenda at the construction and auto shows of the last few weeks: At Liebherr, Caterpillar, Volvo and Komatsu, developments in this field are a major talking point. For example, Volvo is presenting its first driverless dump truck in time for the IAA: an FMX three-axle vehicle which on the one hand does without human steering and on the other also copes without any GPS control signal or communication with other vehicles. This robot truck follows a route defined by data transmission with stoic perfection. It can detect obstacles down to an accuracy of a few centimetres. Volvo builds in two to three levels of security for its driving and steering systems, thereby ensuring that the giant vehicle cannot turn into an out-of-control runaway.

The mines and construction sites are already seeing what is still in store for the car industry: the establishment of vehicles that do without any human control. The Australian company Rio Tinto is systematically pursuing the path of automation. Driverless goods trains and robot borers will also be used in the future. The potential for construction sites is also immense: Caterpillar, John Deere and Komatsu are developing bulldozers and excavators that are initially to be semi-automated and later fully automated. With its “Smart Construction” division, Komatsu is aiming to provide full service for developers. After the construction site has been surveyed by drone, driverless diggers and bulldozers start the excavation work.

And Need Our Help?